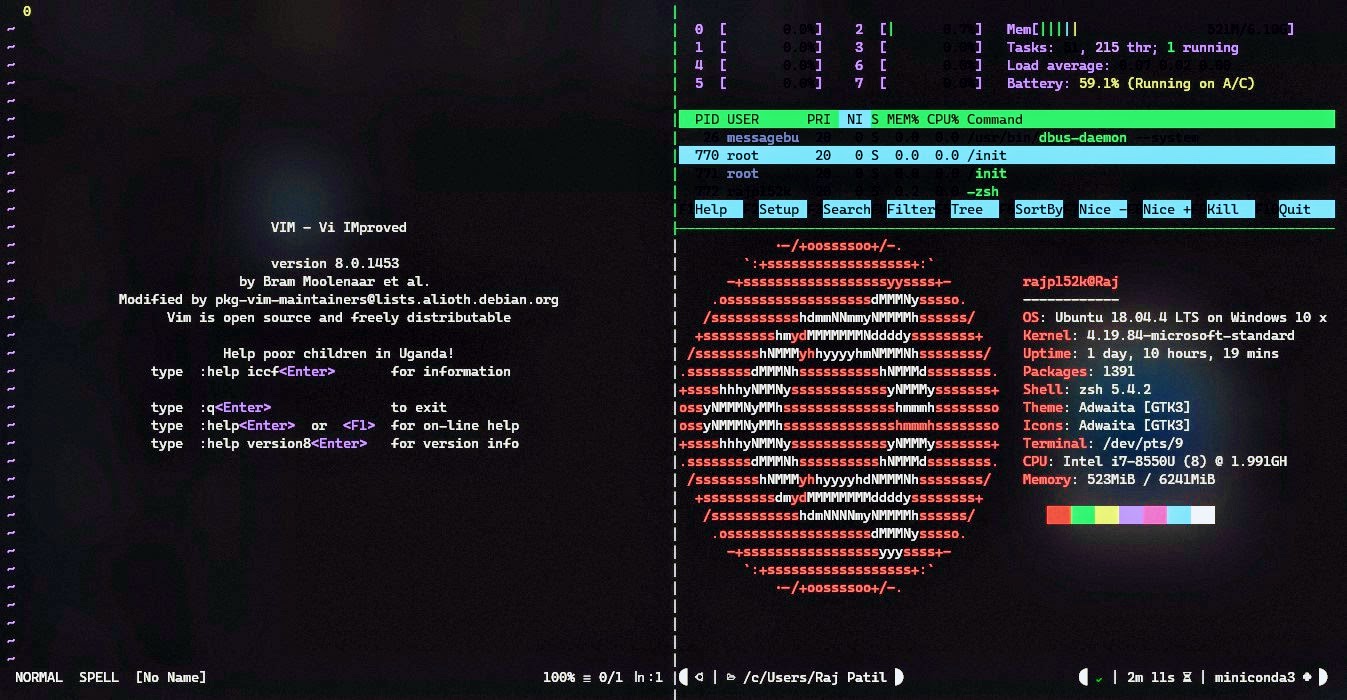 I personally have had my fill for testing the waters in terms of my work environment:- be they due to compulsion, curiosity or a complete coincidence.
This is just a quick overview of my vanilla tech stack : my limbs, one could say; we’ll get into tools sometime soon.

WSL is a life-saver, in fact I would go ahead and say that it’s better than dual booting (except when you are a systems’ programmer) in most cases.
Anyway, Not just WSL but what Microsoft has been doing with open source as a whole is commendable - making the life of developers (and gamers: large intersection there) all around easier.

WSL(2.0) , in a nutshell, is a different kind of hypervisor compared to your conventional virtualisation solutions. It allows you to run Linux binaries and manipulate data on the same file system. No cryptic disk images, shared folders; nothing of that sort - just one common environment.

There are, however, a few setbacks:-

This is a contagious one. Once you get past the learning curve, you start seeking vim key-bindings everywhere: your browser, your OS, your texting clients…,everywhere.

I’m not really a hardcore vim ninja yet (don’t have my own plugin) but it does pay off. I’m also considering getting into emacs, specifically for Lisp. The transfer shouldn’t be that big of an issue as extensions like viper ease off the adapting process from vimmy habits to whatever emacs’ philosophy is (I don’t know).

I added this one to the arsenal when I started working with long process on remote servers. Prior to that, my go to multiplexer was neovim, but this does that job with more capabilities, so why not…
Windows Terminal also has its own multiplexer by the way, but it doesn’t feel complete.

This one does help you taint your environment according to your own tastes.
I personally use the powerline 10k config with OH-MY-ZSH, with a customized utf-8 encoded font - enhances the cli experience.

You may also enjoy

The TAP of “My Head Hurts”

The TAP of Society